Symphonic and Concert Orchestra members are eligible to compete for the privilege of performing as a concerto soloist with the GPYO Symphonic Orchestra at the Spring Concert at Richardson Auditorium. The Greater Princeton Youth Orchestra Concerto Competition is open only to active GPYO members.

The competition will be judged by a panel of three professional musicians.

GPYO members who would like to compete in the Concerto Competition, should fill out an application form by Monday, December 5, 2022.

There is no charge to compete in the Concerto Competition.

Repertoire should be approved in advance by the Music Director prior to turning in the application.

A piano accompanist is required for competing in the GPYO Concerto Competition. Students are responsible for finding and scheduling their own accompanist. 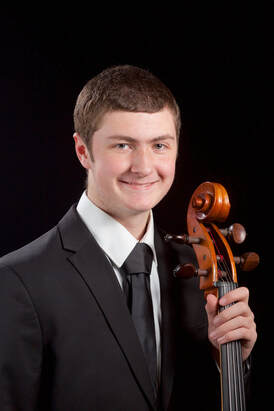 William Thompson, a senior at the Pennington School, has been playing cello since fourth grade.

​Will chose to study the Saint-Saëns Concerto for Cello in A minor because he wanted to tackle a Romantic-era piece that would allow more freedom of expression than the repertoire from the Classical or Baroque eras. This is an interesting move for a self-avowed fan of Bach’s solo works and Beethoven’s symphonies! He was drawn to the challenge of working through the tempo changes of the Saint-Saëns, as well as its openness to his personal interpretation.

The only member of his family involved in music-making, Will’s achievements reflect both commitment and curiosity. In addition to cello, he plays bass guitar, acoustic guitar and electric guitar, and enjoys the process of mixing and mastering music. He credits teachers Lou Cordas and Mimi Morris-Kim with providing him with a solid foundation in music-reading skills and technique. He has studied with Elizabeth Loughran since eighth grade, and feels that working with her has helped refine all aspects of his playing.

The Greater Princeton Youth Orchestra has been a source of motivation throughout Will's musical journey. He joined the GPYO family in 2013 as a member of the Preparatory Strings Orchestra under Dr. Arvin Gopal. Playing with the Prep Strings in the wonderful acoustics of the Kimmel Center left a lasting impression on him. The experience motivated him to dedicate energy to practicing, and Will moved up to the Concert Orchestra the following year.  He has played in the Greater Princeton Youth Orchestra’s Symphonic Orchestra throughout high school, serving as principal cello since tenth grade. This year, he is playing with our Blue Ensemble.
​
Will also spent two years playing with the Central Jersey Region Orchestra. He now enjoys playing a leadership role in the Pennington School Orchestra, and can be frequently seen playing at school events, and sometimes memorial services. He plans on continuing his musical pursuits throughout his college years and beyond, and is exploring ways that he can parlay his performing skills into a way to support himself during his student years.

Like many members of our musicians, Will has many interests outside of music. He pitches and fields for the Pennington School baseball team. He was awarded the Eagle Scout honor for a project building outdoor free libraries for a local organization that helps people in unstable financial situations. After graduation this spring, Will hopes to pursue studies in either nuclear or quantum physics, and is in the midst of the college application process. We look forward to learning what the future brings! 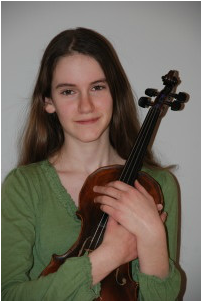